KVUE and its news partners at the Austin American-Statesman exclusively obtained footage from inside Robb Elementary School on the day of the May 24th shooting.

The new report will likely raise scrutiny and criticism for the way law enforcement handled the emergency situation inside the school.

In particular, the reason why officers waited more than an hour before taking down the gunman who continued to murder elementary school students.

The newly-obtained footage shows that multiple officers were inside the building with rifles and at least one ballistic shield, 19 minutes after the gunman arrived.

They didn’t enter the classroom the shooter was inside for nearly another hour.

BREAKING: Multiple officers were inside Robb Elementary School with rifles and at least one ballistic shield at 11:52 a.m. the day of the shooting, new video and other evidence shows. They didn’t enter the classroom for another 58 minutes. More soon via @statesman and @KVUE. 1/2 pic.twitter.com/0BcYgq2hcQ

Investigators believe this will prove to be a significant development as it indicates they had more than enough firepower and protection to enter that classroom before they actually did.

Authorities have since developed their most extensive timeline yet since the shooting, in which an 18-year-old armed with an AR-15 walked into the school, killing 19 students and two teachers. Much of this new information is expected to be presented at a Texas Senate hearing on Tuesday, the first of two consecutive days at the Capitol where members of the public can address lawmakers.

The May 24 response by law enforcement has been under heavy scrutiny after the Texas DPS revealed that officers waited more than 70 minutes to confront the shooter, even as trapped students called 911 for help.

According to the latest timeline, officers ultimately breached the classroom at 12:50 p.m. The shooter entered at 11:33 a.m. 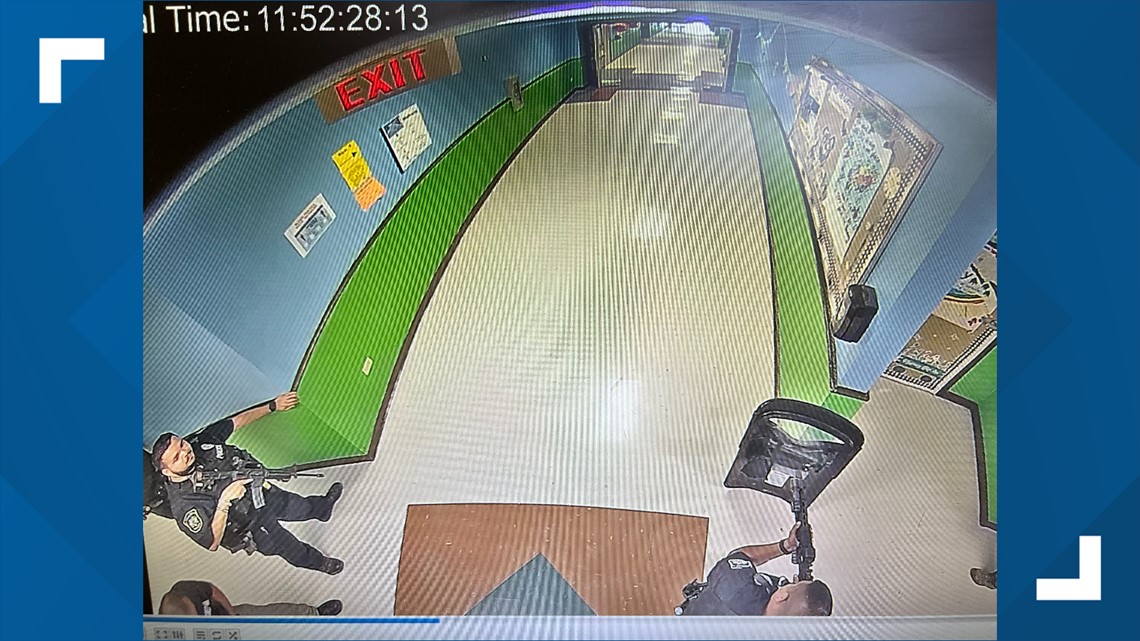 The more detailed timeline of events investigators put together showed some officers were growing impatient with waiting outside the room.

“If there’s kids in there, we need to go in there,” said one officer at 11:52 a.m., about 19 minutes after the gunman entered the school.

“Whoever is in charge will determine that,” responded another officer.

Critics were shocked to find out that children inside the room were calling 911 and begging for help even as police waited outside. There is some evidence that some of those children were shot and killed while police waited.

The last report to enflame sentiment against the law enforcement response involved an interview with Pete Arredondo, the chief of police for the Uvalde school district. Arredondo defended the police response but admitted that he was unaware that he was in charge because he had purposely abandoned his radios when entering the scene of the crime.

Arredondo said he didn’t know about the 911 calls from inside the barricaded room because he had no radios to communicate with other officers.