Let’s do a quick game of word association:

In the realm of policitics, if I say “pizza” what’s the first thing that goes through your head?

So in today’s world I can’t fathom why you’d call yourself “Dr. Pizza”, and yet that’s exactly the nickname chosen by far-left Trump hater Peter Bright.

Not so “bright” if you ask me.

And what’s really not bright is what he’s been arrested for:  allegedly soliciting VERY underage children for very inappropriate things.

Our friends over at The Blaze had this to report:

Peter Bright, a progressive feminist and prominent tech journalist, has been arrested on charges that he was allegedly soliciting sex with a minor.

Bright, who wrote for Ars Technica and appeared in videos for the company, was charged after he allegedly arranged to molest a 7-year-old girl and 9-year-old boy. He was instead arrested by an undercover FBI agent who he contacted through an online fetish social media platform.

He allegedly sent the agent graphic photos of himself, and also an STD test to prove he would not give the children any diseases. The criminal complaint has graphic descriptions of what Bright told the agent, including his claim that he had been molesting an 11-year-old already.

Bright, who is 38 years old, tweeted under the account "@DrPizza," where he self-identified as polyamorous, pansexual, and "pervy" in his profile.

He often used the account to tweet vile insults at President Donald Trump, including one accusing the president of having incestuous feelings for his daughter.

"It's unacceptable to call trump a motherf**ker," Bright tweeted in January, "as we all know, it's one of his daughters he wants to f**k, not his mother."

In another online missive, he disparaged Trump supporters, saying, "f**k caitlyn jenner and every other trump-voting scumbag."Ars Technica has indicated that Bright no longer works for the company.

Leftist Ars Technica journalist and male feminist Peter Bright has been arrested for soliciting sex from a minor online. According to the FBI, Bright sought sex with a 7-year-old and a 9-year-old.

The Daily Dot reports that far-left male feminist and Ars Technica reporter Peter Bright has been arrested on charges of soliciting sex from a minor via the Internet. According to a federal complaint, Bright sought to molest a 7-year-old and a 9-year-old and met with an undercover agent in an attempt to do so, Bright was then arrested. Even more worrying is that in chat logs between Bright and the undercover agent, Bright alleges that he’s currently in a sexual relationship with an 11-year-old.

The complaint filed in the U.S. District Court for the Southern District of New York alleges that Bright met with an undercover FBI special agent who made contact with Bright via the social media fetish platform KinkD on April 18. Bright communicated via the platform with the username “randomanon” and responded to a message that the agent posted on the platform a day earlier in which he posed as a mother seeking to find someone who would teach her children about the “birds and the bees.”

In later messages, the agent alleged to be the mother of a 7-year-old daughter and a 9-year-old son. Bright and the agent allegedly communicated via WhatsApp for weeks; Bright regularly discussed molesting both children and raping the 7-year-old while sending graphic photos of his genitalia and test results that showed he did not have any sexually transmitted infections. The complaint shows that both the agent and Bright referred to plans to molest the children as “teaching” them “lessons,” and Bright described how he would escalate his contact with the child into more intense sexual acts.

Bright allegedly stated: “I’m thinking maybe something involving foreskin is the way to start.” Bright allegedly asked if the “lessons” would be heteronormative when the agent posing as the mother of the children stated that she did not understand, Bright stated:  “Does [the Girl] eat flowers and [the Boy] suck snake.” Bright’s Twitter bio statesthat he is “Poly/pan/pervy.”

Bright detailed his plans for the undercover agent’s children stating that he planned to touch and penetrate the daughter’s genitals and to have her perform oral sex on him. When asked if her daughter was a virgin, the undercover agent replied: “She has had the tip inside but not the whole cock … Does that excite you lol?” Bright replied: “Yes. But I think the tip might be all I can manage.”

And one more, here is Heavy confirming the story again and giving more details:

Peter Bright is a tech reporter who has worked for Ars Technica and Conde Nast. Bright also has a very active presence on social media, tweeting under the name Dr Pizza about social justice issues. But earlier this month, Bright was arrested and charged with trying to solicit sex from underage children.

According to court papers, Bright was arrested on May 22 at 2:55 PM and was presented in court that evening. He was denied bail because he was deemed a “danger.” He is now in jail awaiting his next court appearance. Here’s what you need to know:

1. Bright Told an Undercover FBI Agent That He Wanted to Engage in Sexual Acts with a 7 Year Old & a 9 Year Old

According to a complaint filed in the Southern District of New York, Peter Bright contacted an undercover FBI agent through a website called KinkD. The FBI agent was posing as the mother of a 9 year old boy and a 7 year old girl. She posted a message to the site seeking to chat with people who could teach her children lessons about the “birds and the bees.”

Bright responded to the ad, and he and the undercover agent shifted to a conversation over WhatsApp. That’s when Bright started suggesting that he should meet the children for sexual acts. You can read the disturbing details about what Bright suggested in the criminal complaint, here. The complaint also contains exchanges between Bright and the agent. Be aware that the complaint contains disturbing and explicit language.

2. Bright Bragged that He Had Been ‘Teaching’ Sexual Lessons to an 11 Year Old Girl

According to the complaint obtained by the Daily Dot, Peter Bright bragged to the undercover FBI agent that he knew all about how to teach children about sexual acts. He said that he had been “teaching” an 11 year old girl who lived in the Bronx. He also described, in graphic detail, the kind of “teaching” he’d like to do.

Bright also asked the FBI agent, who was posing as the mother of two young children, whether the “lessons” were to be heteronormative. When she said that she didn’t understand, he replied, “Does [the Girl] eat flowers and [the Boy] suck snake.”

3. Bright, a Londoner Living in New York, Described Himself as ‘Pervy’ on Social Media & Said Age-Based Rape Laws Are ‘Stupid’

Peter Bright is a UK national who has been living in Brooklyn, New York. His Twitter page describes him as “poly/pan/pervy.” In now-deleted tweets, Bright wrote, “I think that age-based rape laws (rather than consent-based) are stupid.”

Bright has been arrested and charged with trying to solicit sex from minors. According to a complaint filed with the Southern District of New York, Bright was in contact with an undercover FBI agent who posed as the mother of two young children. He offered to “teach” her children about the birds and the bees and boasted about his sexual experience with an 11 year old girl living in The Bronx.

4. Bright Often Tweeted About His Pro-Choice Stance & His Dislike of President Trump 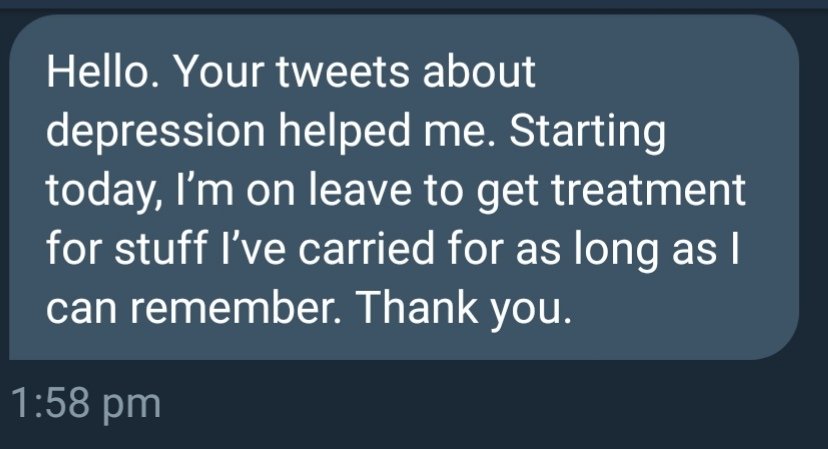 Peter Bright’s Twitter feed is full of tweets about his pro-choice stance and his dislike of Donald Trump and the Republican party. He was critical of the president’s policies, and also wrote that Trump had sexual feelings for his own daughterr. Bright is also an outspoken opponent of Brexit who once wrote on Facebook, “if you support brexit in any form please (a) unfriend me (b) throw yourself into the sea.”