“Rep. Eric Swalwell, D-Calif., said that one of his staffers received a call from a man on Tuesday who threatened to come to the congressman’s office with an assault rifle and kill him,” Fox News reports.

“The staffer, who the congressman said on Twitter has only been in the job for a month, wrote in an email screenshotted by Swalwell that the call came in at 11:30 a.m.”

“Asked me about where Congressman Swalwell is currently. Asked if he could talk to him. Went on a rant regarding gay issues. Mentioned he has guns and wants to ‘F— him up,'” the staffer wrote in the message. 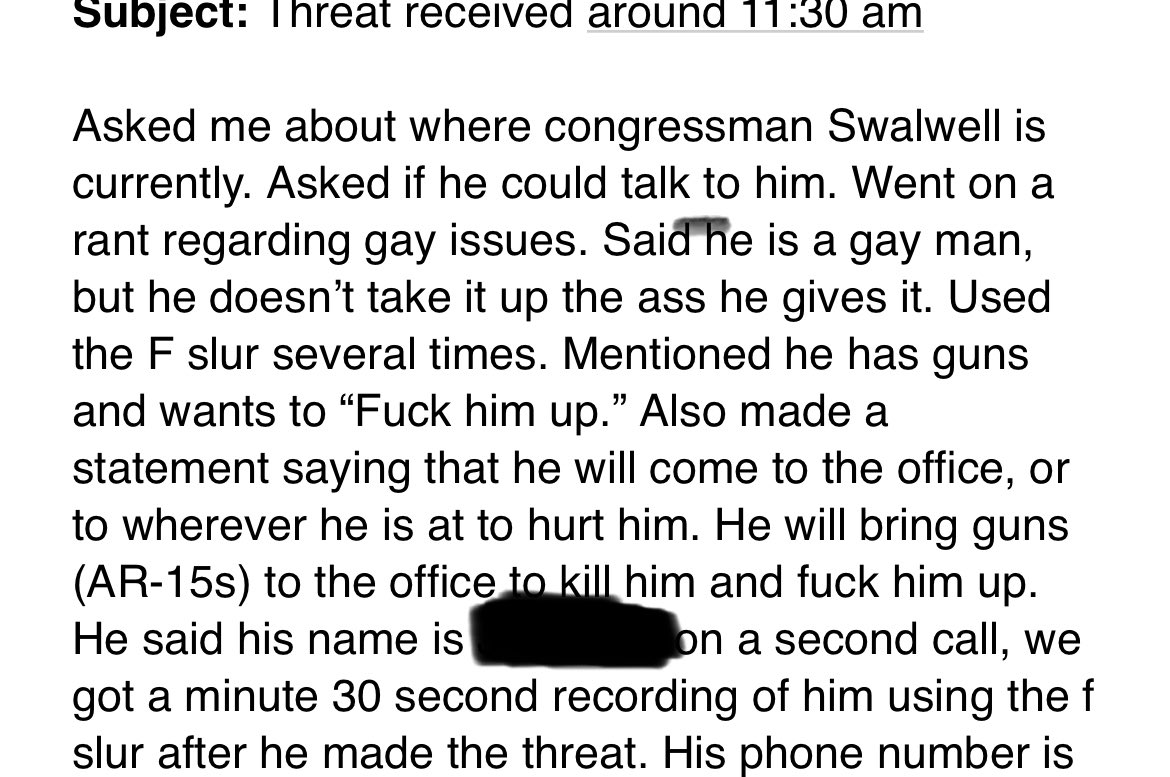 Swalwell said that he shared the message to show that “bloodshed is coming.” It’s the latest threat he has posted on Twitter after sharing a voicemail earlier this month in which someone threatened to cut his and his family members’ heads off.

Threats sometimes foment into real world violence. House Minority Whip Steve Scalise, R-La., and five other people were shot in June 2017 as they practiced for the annual Congressional Baseball Game.

He went on a rant about LGBTQ issues, using a slur for gay men several times on the phone, though telling Swalwell’s staffer he identified as one.

The man also said he would come to the office, or wherever Swalwell is, to hurt the congressman.

The man called at least twice and Swalwell’s office was able to record part of his message, including him using the anti-gay slur.

Congress is on recess until after Labor Day, with most lawmakers back in their districts or on trips.

It’s unclear if the Capitol Police are investigating the incident, with a spokesperson telling Forbes the department ‘does not discuss potential security measures’ involving lawmakers.