I’ve been a voice in NY for those who could not speak out.

I’m taking on AOC, right where I was born and raised – in the Bronx.

On Saturday, an #OustAOC flag flew at Yankee Stadium in support of Tina Forte.

You never know where the #OustAOC flag may appear… This time in Yankee Stadium! #SaveAmerica pic.twitter.com/jJJSLQ8TVN 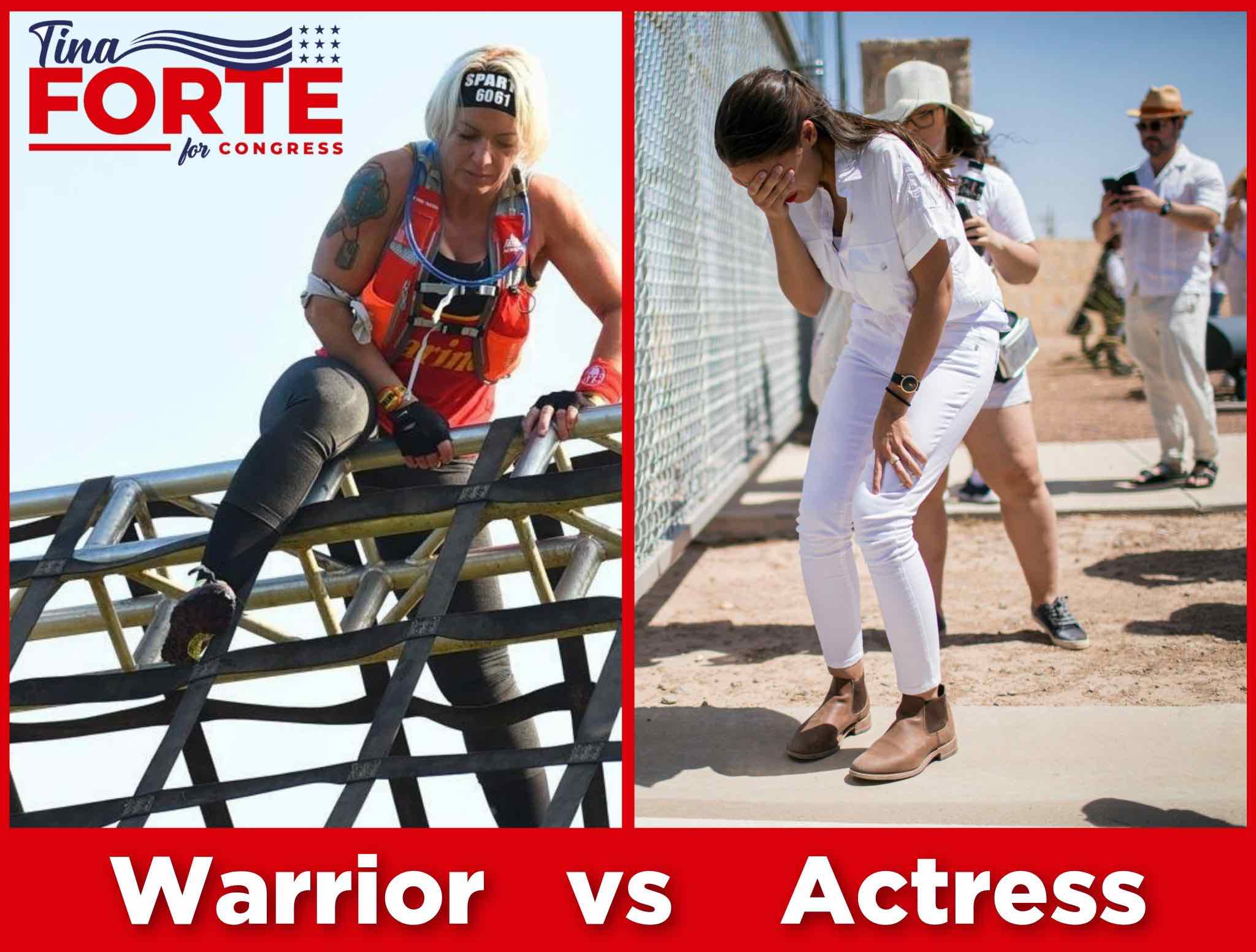 Before facing AOC in November’s general election, Forte must secure victory in the GOP primary for NY-14.

Matland, a Staten Island native, spent 18 years in healthcare before losing his job due to discriminatory COVID-19 jab mandates.

On August 23rd, We The People will send a message to the establishment & RINOs across the nation. RT & Share! They do not want the People finding out there is a primary. This is how They control us. Will you let them control you? https://t.co/Xr4sGLFT4G#StatenIsland #Brooklyn pic.twitter.com/DrhgmFHlMO

During her congressional term, Malliotakis has voted for Biden’s infrastructure bill and supported several gun-control measures.

Former President Donald Trump privately criticized on Monday night the 13 Republicans who voted to pass the $1.2 trillion infrastructure bill, questioning why they would give President Joe Biden a win when he’s struggling in the polls, according to a GOP source.

His comments came a day after he publicly lambasted the House and Senate Republicans who voted for the legislation, including Senate GOP Leader Mitch McConnell.

“Very sad that the RINOs in the House and Senate gave Biden and Democrats a victory on the “Non-Infrastructure” Bill,” said Trump in a statement on Sunday. “All Republicans who voted for Democrat longevity should be ashamed of themselves, in particular Mitch McConnell, for granting a two month stay which allowed the Democrats time to work things out at our Country’s, and the Republican Party’s, expense!”

Republican US Rep. Nicole Malliotakis bucked her party to vote in favor of four Democratic gun-control measures to show support for the NYPD — even while opposing the overall package of legislation that narrowly passed the House, she told The Post on Thursday.

“I represent New York City and I’ve always pledged to work with my local law enforcement and to give them the resources to do their job to keep us safe,” Malliotakis (R-Staten Island, Brooklyn) said.

She also voted for a measure that received wide, bipartisan support and would require the attorney general to submit annual reports on the number of background checks that blocked people from legally acquiring guns.

While a member of the New York State Assembly, Malliotakis voted to repeal “certain provisions relating to exemption from vaccination due to religious beliefs.” On the Democrat side, redistricting has created a hostile primary between incumbents Rep. Carolyn Maloney and Rep. Jerrold Nadler for New York’s 12th congressional district.

From Just the News:

Another Democratic primary that merits watching pits two incumbents against each other. In the 12th District, U.S. Rep. Jerry Nadler holds a 43% to 24% lead over U.S. Rep. Carolyn Maloney, according to an Emerson poll. However, there’s still 19% undecided in the race to represent Midtown Manhattan and the Upper East Side.

It’s a stark contrast from three months ago when Maloney held a 10-point edge over Nadler in the race between veteran House members. Kimball said Nadler has secured his base while women voters moved away from Maloney.