The National Review reported that the Detroit Tigers would reportedly be donating money from ticket sales to organizations that promote transgender surgeries for children during their “Pride Night” game.

BREAKING: The Detroit Tigers, including player Javier Baez, have announced that they will be donating money to help promote transgender surgeries for children, and the idea of Trannyism during their “Pride Night” game, according to The National Review.

On June 1, the Detroit Tigers will host a special “Pride Night” game dedicated to celebrating the team’s “Pride community partners, friends, and families” at Comerica Park.

But what’s noticeable about this year’s event is that the Tigers website offers “a chance to support a local Pride organization of your choice” when users purchase tickets at the checkout page for the event: 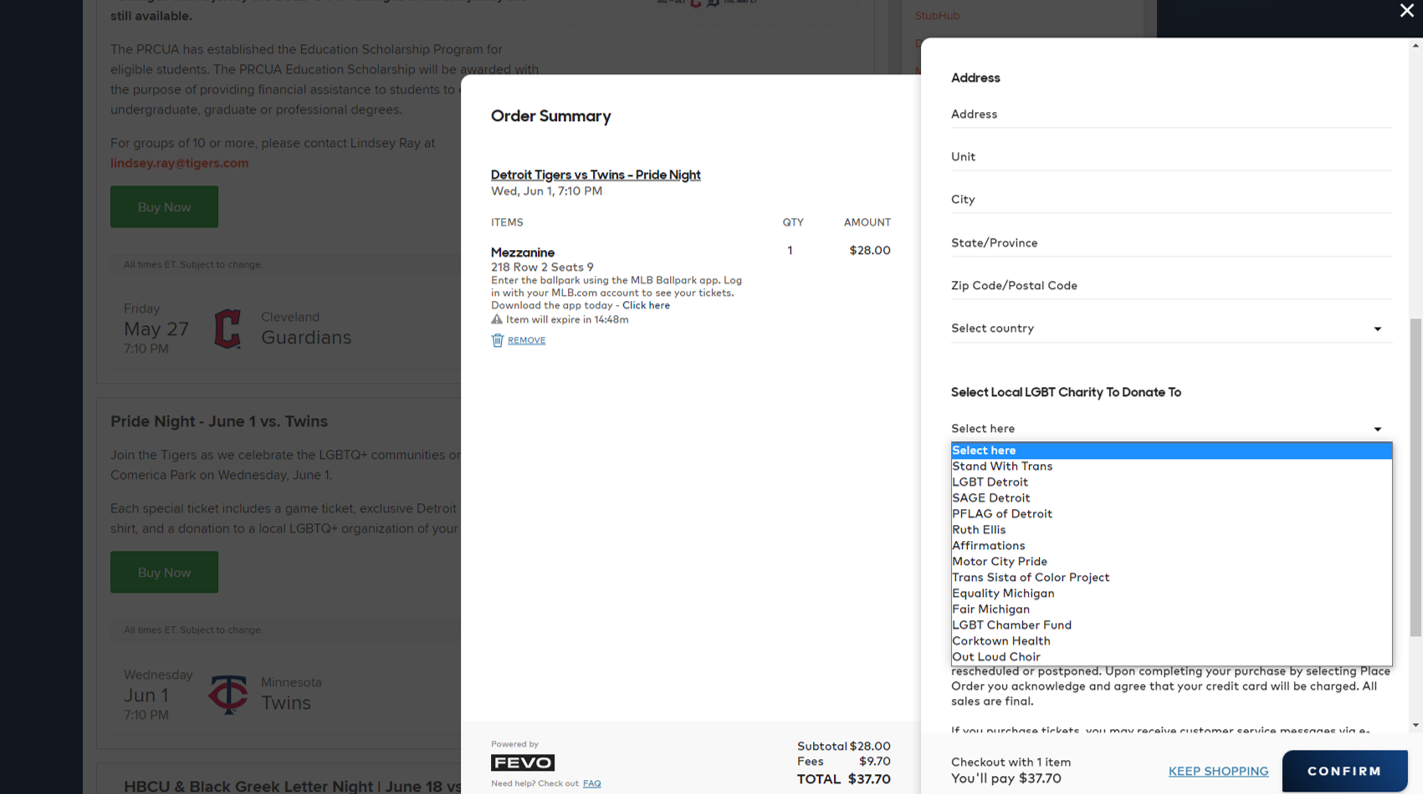 As National Review explained, many of the groups that the Tigers are funneling ticket money to are actively promoting transgender identification — or even medical transitions — for children.

PFLAG of Detroit’s “Policy Statements” page writes that “teaching there are only two genders may make youth of different identities, genders or orientations not feel included,” and sponsors a “Public Library Project” that “is dedicated to donating Gay, Lesbian, Bi-sexual, and Transgender-positive books to public libraries for a greater understanding of the real lives of our children.”

The Ruth Ellis Center provides “transition care for transgender youth,” including “gender affirming surgery” — in other words, it performs irreversible gender-transition surgeries on children. The center has also launched a propaganda campaign attempting to make it easier for children to go through transition surgery: “There are a lot of pervasive myths about what it means to access gender-affirming medical care,” the group’s education and evaluation director told PrideSource in 2021. “There are a lot of barriers — especially for people under 18 — that still exist for accessing puberty blockers and gender-affirming hormones. This is a huge problem.”

The Trans Sistas of Color Project is run by the Trans Justice Funding Project, a “community-led funding initiative supporting grassroots, trans justice groups run by and for trans people” focused on “groups ​​centering the leadership of trans people organizing around their experiences with racism, economic injustice, transmisogyny, ableism, immigration, incarceration, and other intersecting oppressions.” Its funding recipients — indirect beneficiaries of ticket sales from the Detroit Tigers — perform “chest reconstruction and/or genital reassignment surgery,” “trans surgery and transition doulas who support and tend to physical, emotional, and spiritual needs of trans people undergoing gender-affirming surgeries,” and includes groups like “Trans Minors Rights,” which “advocates for empowering transgender youth to make their own decisions regarding puberty blockers.”

Corktown Health is a “LGBTQ focused primary health care center” that provides “gender affirming care” in the form of hormone therapy for gender transitions. The clinic specifies that it “may . . . see patients as young as 16 years old.

These are just a few examples of the organizations being funded through Wednesday’s ticket sales by the Detroit Tigers.

Do Detroit Tiger fans realize their team is funding services that will permanently alter minor children’s lives and bodies in their area?