In an interview with the “Joe Rogan Experience” last November, Gottfried revealed he’d never been infected with Covid-19 and that he’d been double-vaxxed and boosted.

“Yeah, I got the two regular shots and I even got the booster,” the 67-year-old comedian told Rogan, adding that he knocked on wood 5,000 times hoping the shots would work.

Describing the intense media fear campaign in the wake of the pandemic as “scary,” Gottfried joked to Rogan, “As far as me, in fact, I would get three vaccines a week if they said that was…”

Since the CDC has admitted the mRNA jabs can trigger heart issues such as myocarditis, pericarditis and myocardial infarction, Covid vaccine skeptics on social media questioned whether Gottfried’s prior comorbidity may have been exacerbated by the experimental jab.

Was he jabbed? How much was the "long illness" complicated by the jab??

A long illness? he was fine last May when he was making ads to promote vaccines, he was on Joe Rogan back in November, when did he get sick? https://t.co/89q4tdDS0m https://t.co/WEItRsXJo0

A cameo video of Gottfried filmed for the St. Clair County Emergency Management Agency in Illinois last May shows him promoting a mass COVID-19 inoculation drive.

He stated in the video, “You have to get vaccinated, no kidding. This one’s a matter of life or death.”

Will the medical mafia ever admit, or even investigate, the COVID-19 jab being the culprit behind Gottfried’s tragic passing?

According to Healthline.com and John Hopkins University, one known cause of ventricular tachycardia is myocarditis. 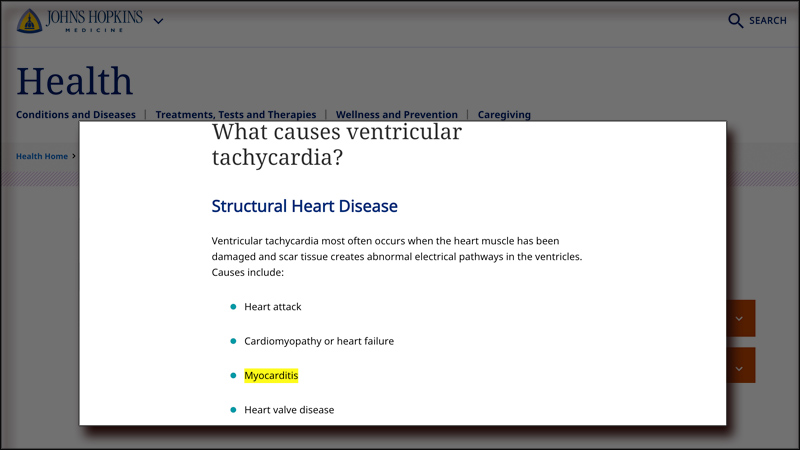 A study conducted by All India Institute of Medical Sciences researchers found that ventricular tachycardia was observed among a host of cardiovascular adverse events “suspected to be caused by Covid-19 vaccines use.”

The study’s results were published in the International Journal of General Medicine last July.

The legendary voice actor’s passing appears sudden and unexpected since he had several upcoming shows scheduled:

I don't see how he died from a "long illness" when he had shows scheduled in April? pic.twitter.com/WNgrQDDoIu