While this story isn’t about an unapproved COVID-19 injection, it’s still an egregious violation of parental rights that deserves to be shared nationwide.

A Mooresville, North Carolina family was outraged after their newborn son was vaccinated against Hepatitis B against their wishes.

However, the unsanctioned Hepatitis B vaccine tainted the special moment for Catherine, her husband, and their six-year-old daughter.

A North Carolina family said they are outraged after their newborn son was vaccinated against their wishes. https://t.co/fNA0VKl5m9

Another example of untrustworthy so called medical professionals. https://t.co/SGdkVfOCmz

A family in North Carolina is reportedly outraged after discovering their newborn baby had been vaccinated despite them filling out the hospital's refusal forms.https://t.co/qaAxfJsv0d

McHutchison says it doesn’t matter why her and her husband decided against vaccinating their children, it’s their right to choose, nonetheless.

“After I had the c-section, while still heavily medicated, a nurse came in and she was apologizing on behalf of the nurse she was training,” said McHutchison.

A hospital document shows her baby was given the Hepatitis B vaccination, despite “never verifying” the parental consent form. It also shows the vaccination order was never even entered into the system. 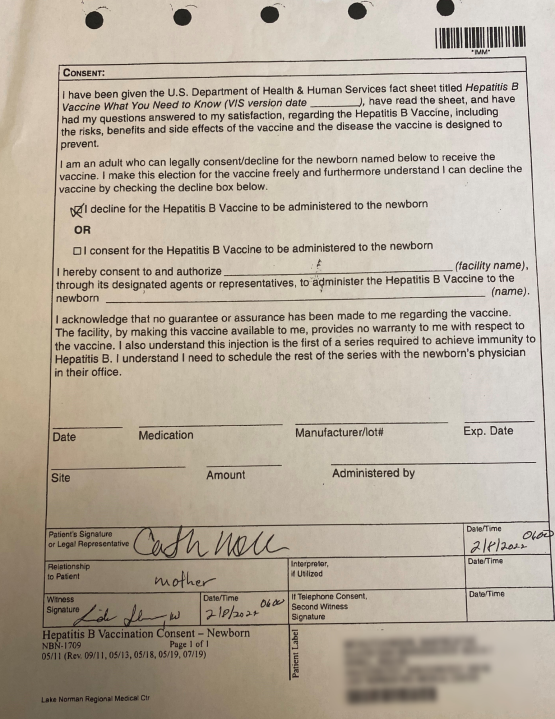 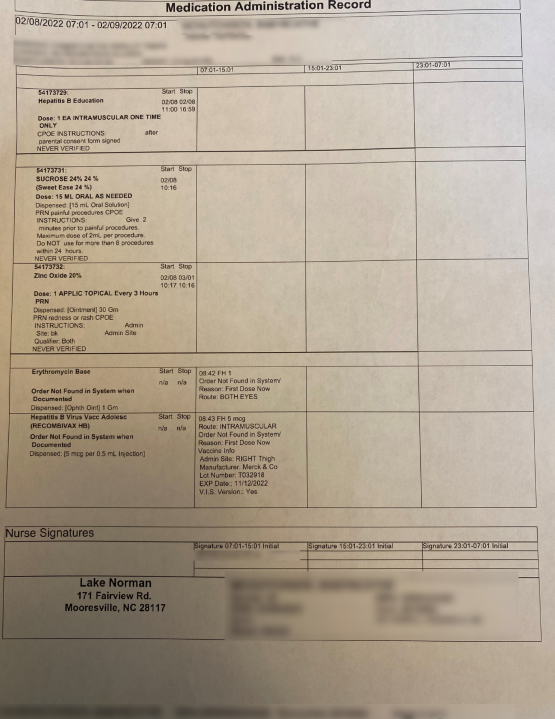 “It took a lot of out of the whole experience for me. I had a c-section and instead of staying the whole time, I left the next day. I didn’t feel comfortable there after the two nurses’ negligence,” said McHutchison.

After reaching out to Lake Norman Regional Medical Center after she left, she says she received an apology letter. It says “due to human oversight, your refusal for the vaccination was not reviewed prior to administering the medication…Corrective actions were taken with the involved team member(s). Additionally, we have reviewed this process, explored ways to amend the consenting process to eliminate confusion and used this issue as a highlighted safety moment with our team members.” 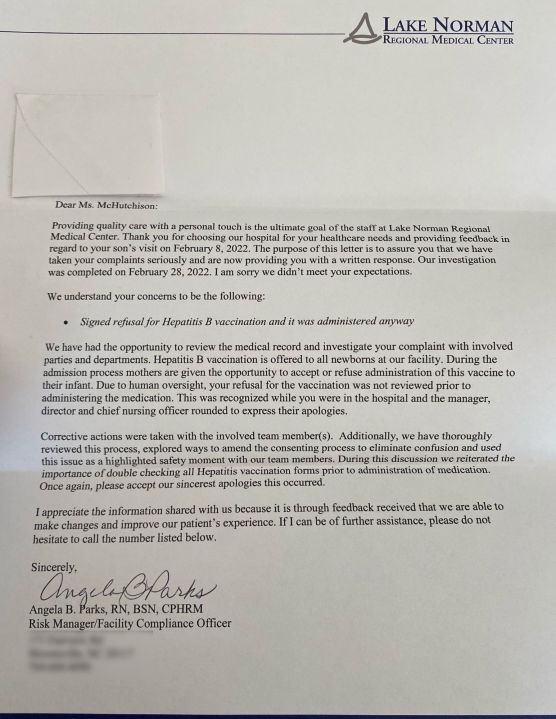 However, the family isn’t very satisfied with the hospital’s apology.

“I don’t think they’ve taken it seriously enough, and you can’t take a vaccine back,” McHutchison says.