In the latest episode of clown world, we have New Zealand Prime Minister Jacinda Ardern.

Ardern appeared on national television to update Kiwis on the latest COVID-19 restrictions.

She spoke with Seven Sharp hosts Hilary Barry and Jeremy Wells about New Zealand’s ‘traffic light system’ to designate what freedoms are available.

During her television spot, Ardern confirmed that ‘tinder liaisons’ have reopened for red zones.

We know the code language for ‘tinder liaisons.’

Since the traffic light system is meant to end lockdowns and enforce vaccine passports, I guess proof of COVID-19 inoculation is required.

For instance, in Auckland, a major port city in the north of the country’s North Island, lined with superyachts, the metro area is currently classified as a “red” district — meaning Kiwis can engage in everyday essential activities.

Ardern explained on national television, “I can confirm that Tinder liaisons have reopened,” adding, “it’s not strictly embedded in the traffic light system but um, it is a given, up to 25 actually, in a red area.”

Below are COVID-19 measures for red zones: 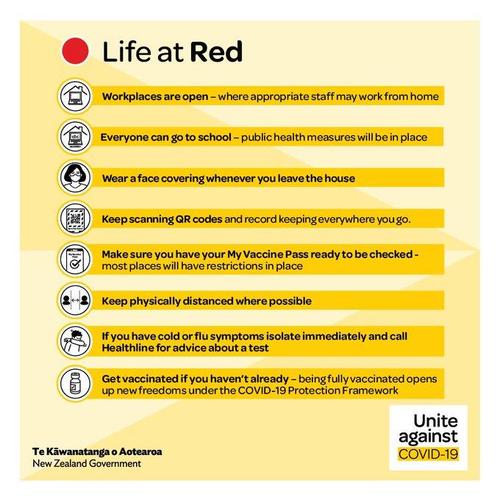 That concludes the latest edition of clown world!