Eye witness reports say over a thousand boats turned out in Charleston for their MAGA Boat Parade!

And judging by the pictures, it sure looks like a good estimate to me!

This is the third huge Boaters for Trump story we brought you this week, it's starting to become a theme!

And I love it!

You gotta check out these amazing short videos and pictures:

Police told News 2 they are taking precautions ahead of today’s planned boat parade in the Charleston Harbor.

The event, which is posted to social media pages, is expected to draw boats for a parade supporting President Trump.

Lowcountry agencies say they have a plan in place to make sure everyone remains safe this Memorial Day weekend.

The event is scheduled to begin at 12:30 PM by the Coast Guard Station.

In Charleston, a Make America Great Again boat parade to honor President Donald Trump is expected to roll on Sunday.

The boat parade is hosted by OSR Marine, a marine supply store.

The parade starts at the United States Coast Guard station on the battery in downtown Charleston at noon.

Below is an updated route posted by OSR Marine on Facebook. 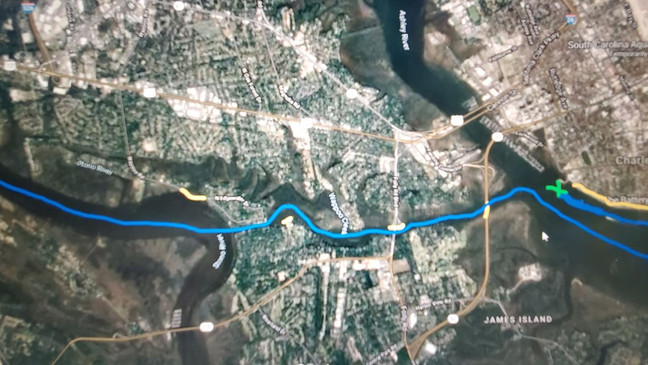 Starting at the USGC Station near the battery, they will head towards the waterfront park and loop around Castle Pinckney and back into the Ashley River.

They will go throug the Wappoo Cut and into Stono River and the parade will end further up the river at the Sand Bar across from Ross Marine.