A common criticism of President Trump’s border wall efforts is that he was only replacing old wall with new upgrades.

Of course this is totally disingenuous because often times the existing “wall” was nothing more than a beaten down old fence that your grandmother could pass through quite easily — and he is replacing those with tall steel beams.

But today construction begins in Texas in an area that previously had no barrier of any kind.

Here's more on the new wall, from Fox News:

Construction on a new border wall in Texas where none previously existed has begun along the Rio Grande river, U.S. Customs and Border Protection (CBP) confirmed to Fox News on Friday.

While 75 miles of wall has already been built under the Trump administration, until now all of those structures replaced existing ones such as vehicle barriers or dilapidated fences, which were ineffective before being replaced, according to the agency.

The brand-new wall is under construction southeast of McAllen in Texas’s Rio Grande Valley sector, which sees the most illegal crossings of any border sector, with more than 325,000 people apprehended there through August this year, according to CBP.

“Rio Grande Valley is by far our busiest sector, so getting this new wall system capability down there for [the agents] is truly a game-changer," a CBP spokesman said. "Just last week, the agents on the frontlines told us the wall is something they need."

“People can walk through or across a vehicle barrier with drugs or other contraband, but can’t walk through an 18- to 30-foot wall with anti-climb features, sensors and cameras,” the spokesman said. 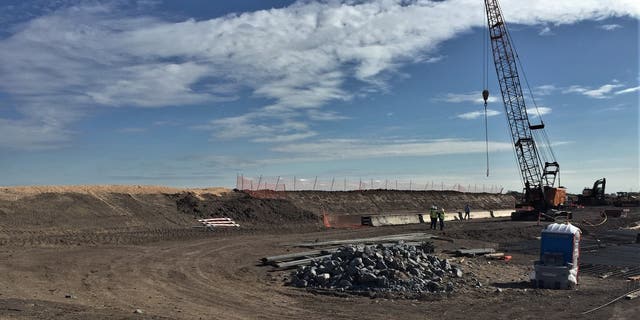 Workers lay the foundation for new wall near the Rio Grande Valley river, an area with many crossings, just southeast of McAllen, Texas. (Courtesy of CBP)

The announcement comes as the Trump administration is making a renewed effort to show voters the U.S.-Mexico border wall remains a top priority.

Critics on the right have pushed back in recent months, saying border construction touted by the administration only represents replacement wall in areas that already had existing barriers and fencing.

Now, wall advocates are excited that the project is advancing and note that illegal crossings are falling dramatically from summer peaks, in part due to Mexico stepping up enforcement of its borders and in part thanks to renovated wall sections.

“They're making progress,” Mark Krikorian, the executive director of the Center for Immigration Studies, told Fox News. “They desperately need more barriers down there because that's one of the main places people are crossing.”

Customs and Border Patrol said that about 100 miles of wall are ultimately expected to go up in the Rio Grande Valley sector.

By the end of 2020, the agency aims to have completed 141 miles of brand-new wall and 24 miles of new levee wall, along with 273 miles of replacement wall, for a total of more than 400 miles of border barriers. Seventy-one miles would also receive a second wall for extra security.

The funding for the project in Texas comes from congressional appropriations and is separate from construction funding authorized via an emergency order by President Trump. Border Protection estimated that each mile of wall costs about $17 million dollars.

There are advocacy groups that oppose new wall construction.

Some of the opponents do so on environmental grounds, worrying that walls block animals from crossing the border, and that the barriers could trap animals between the Rio Grande and the wall in the event of a flood.

Others said a wall supports an intolerant immigration system.

“We adamantly reject this move by the Republican House leadership to hand over more than a billion dollars in taxpayer money for a monument to intolerance,” said UnidosUS, a Latino nonprofit advocacy group.

But Border Protection and others said a wall is crucial for giving America control over its borders. 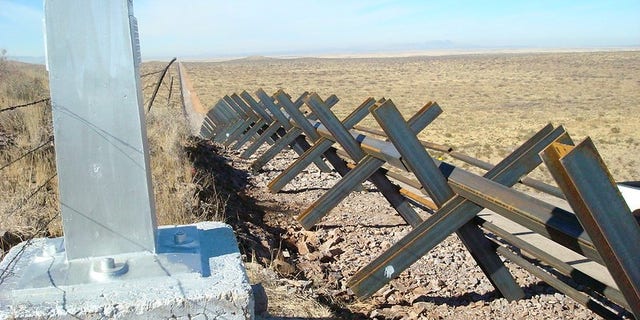 Supporters of tighter border controls cheered the construction as the latest in a string of good news about strengthening border security.

“The apprehension numbers have been going down since the peak in May,” Krikorian said. Illegal crossings hit new records this past summer, but by September had fallen below 2016 levels for that month, according to CBP.