The numbers are in and they’re HUGE for President Trump!

Over three in four viewers approved of his message last night.

Folks, if we translate that into the 2020 election, we’re talking about a landslide victory the likes of which has maybe never been seen!

CBS News and CNN released instant polls taken immediately after President Trump’s State of the Union address with both polls finding 76 percent of those who watched approved of the speech. The CBS poll 72 percent approved of Trump’s immigration proposals while the CNN poll showed 76 percent approval with 59 percent “very positive.”

Even 30% of Democrats polled approved of Trump!  That's according to CBS News:

Seventy-six percent of Americans who tuned in to President Trump's State of the Union address Tuesday night approved of the speech he gave. Just 24 percent disapproved. 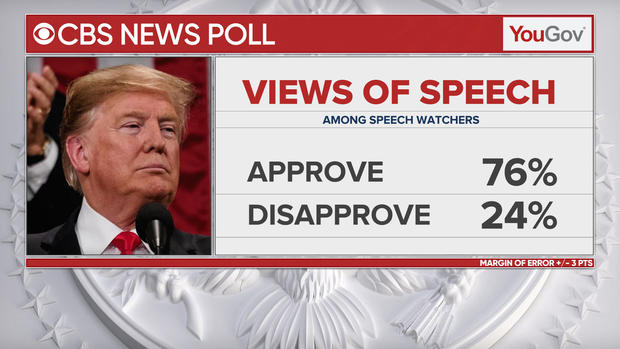 More than three-quarters of Americans who watched the State of the Union approved of the address.CBS NEWS

As is often the case in State of the Union addresses, the people who watched tonight's speech leaned more towards the president's own party, at least compared to Americans overall. In the latest CBS national poll released last month, 25 percent of Americans identified themselves as Republicans. Among those who watched Tuesday night's address, that figure was 43 percent, and Republicans helped bolster the overall approval of the address. 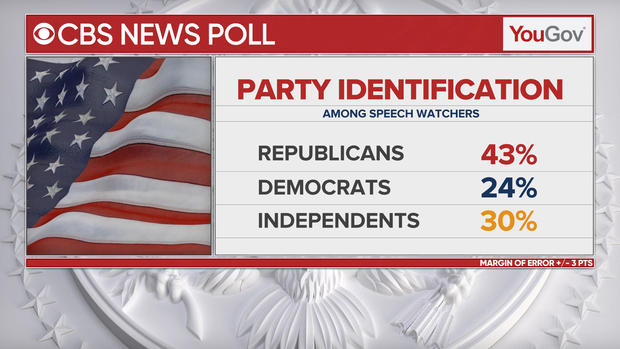 Those who watched the speech were more likely to be Republicans than the population overall.CBS NEWS

And while 97 percent of Republicans approved of the speech, far fewer Democrats who tuned in did (30 percent). Most independents did approve. 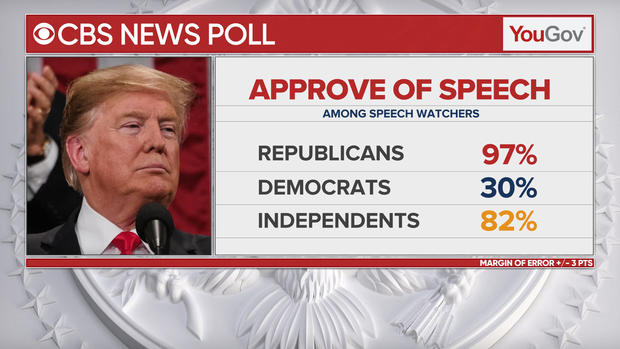 Fifty-six of Americans who watched tonight feel the president's speech will do more to unite the country, rather than divide it, although 36 percent don't think it will change things much.

Democrats who watched the speech see things differently, however. Just 15 percent of Democrats think the president's speech will unite the country. 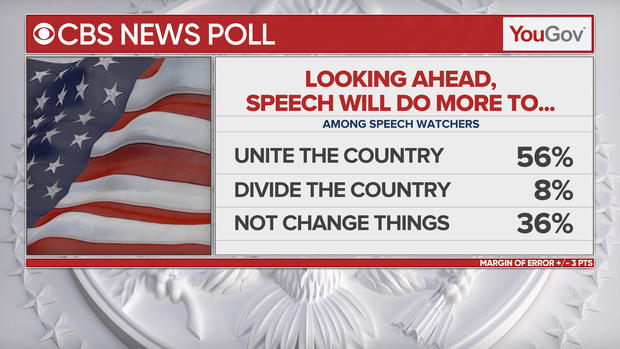 Most viewers thought the State of the Union would do more to unite the country.CBS NEWS

On bipartisanship, just a third said what they heard in the speech made them think Mr. Trump and House Speaker Nancy Pelosi will work together more going forward. Sixty-three percent said there wouldn't be much change. 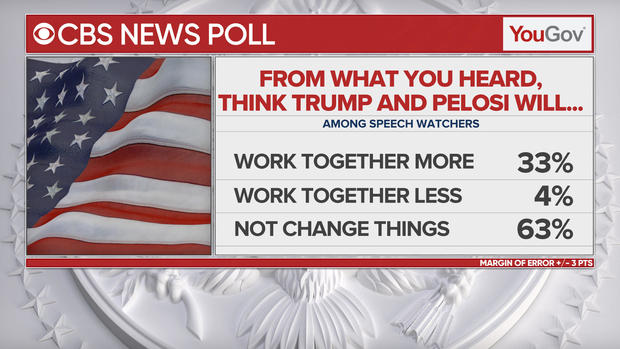