As WeLoveTrump previously reported, the Inflation Reduction Act will provide the IRS with 87,000 new employees.

Rep. Matt Gaetz has warned that the IRS is stockpiling on ammo and introduced legislation to prevent the agency from acquiring ammunition.

With the IRS preparing to hire a football stadium’s worth of new employees, the agency’s job duties section is even shadier.

It appears the IRS wants a massive assortment of workers that are trained to use a firearm and willing to use deadly force if necessary.

The IRS is hiring!

Major duties include: “Carry a firearm and be willing to use deadly force, if necessary.”@RepMattGaetz we need to cut off their ammo purchases in '23! pic.twitter.com/LmqAQHqDzl

Requirements include working min “50 hours per week, which may include irregular hours, and be on-call 24/7, including holidays and weekends” and “Carry a firearm and be willing to use deadly force, if necessary.”https://t.co/uvwbrAkIit pic.twitter.com/z0aVX6uoMr 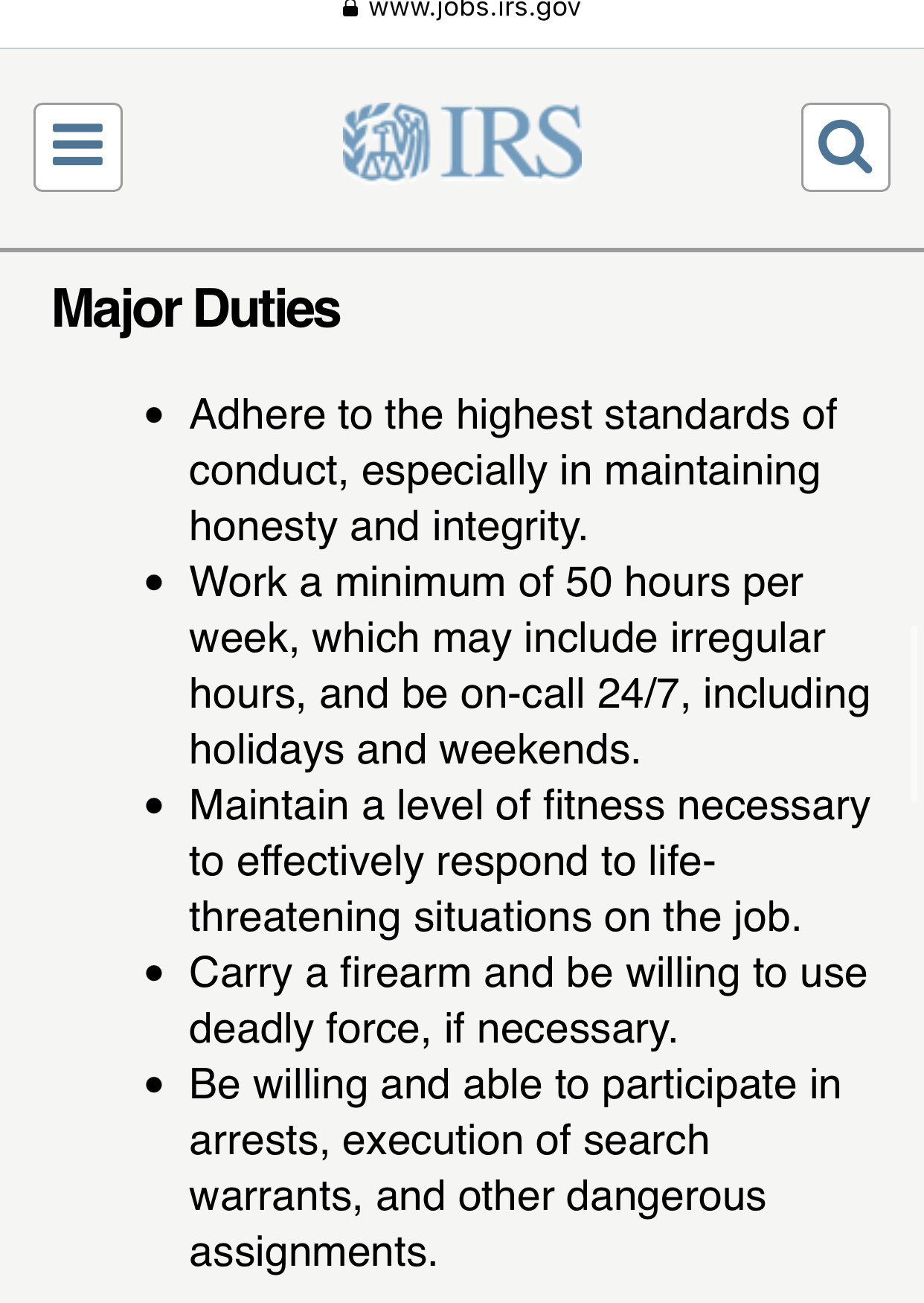 Why would IRS employees need to “carry a firearm and be willing to use deadly force, if necessary?”

Or, “be willing and able to participate in arrests, execution of search warrants, and other dangerous assignments.”

What is the IRS planning on using their future army (I mean employees) for?

While I had access to the page earlier, the link now says, “temporarily unavailable.” But the IRS says they will ‘absolutely not’ target middle-income Americans.

The head of the Internal Revenue Service said that the tax collecting agency will “absolutely not” use $80 billion in new funding to step up audits of low- and middle-income Americans.

IRS Commissioner Charles Rettig tried to reassure the US Senate in a recent letter about the 87,000 new agents who will be hired as part of the so-called Inflation Reduction Act.

The legislation includes $45.6 billion for “enforcement-related funds”, which makes up more than half of the appropriations.

“The resources in the reconciliation package will get us back to historical norms in areas of challenge for the agency — large corporate and global high-net-worth taxpayers — as well as new areas like pass-through entities and multinational taxpayers with international tax issues, where we need sophisticated, specialized teams in place that are able to unpack complex structures and identify noncompliance,” Rettig wrote in the letter.

The letter was first reported by CNBC.

Rettig then added: “These resources are absolutely not about increasing audit scrutiny on small businesses or middle-income Americans.”

He wrote that “our investment of these resources is designed about the Department of the Treasury’s directive that audit rates will not rise relative to recent years for households making under $400,000.”

Last week, the nonpartisan watchdog Joint Committee on Taxation said it anticipates that between 78% and 90% of the estimated $200 billion that the IRS will collect as a result of the bolstered workforce will come from small businesses.

President Biden and the Democratic Party have insisted that Americans earning less than $400,000 annually would not have to pay a cent more in taxes.

Sorry, I don’t believe them!