President Trump took another jab at Elon Musk Tuesday in a post on Truth Social.

“When Elon Musk came to the White House asking me for help on all of his many subsidized projects, whether it’s electric cars that don’t drive long enough, driverless cars that crash, or rocketships to nowhere, without which subsidies he’d be worthless, and telling me how he was a big Trump fan and Republican, I could have said, ‘drop to your knees and beg,’ and he would have done it…” Trump said. 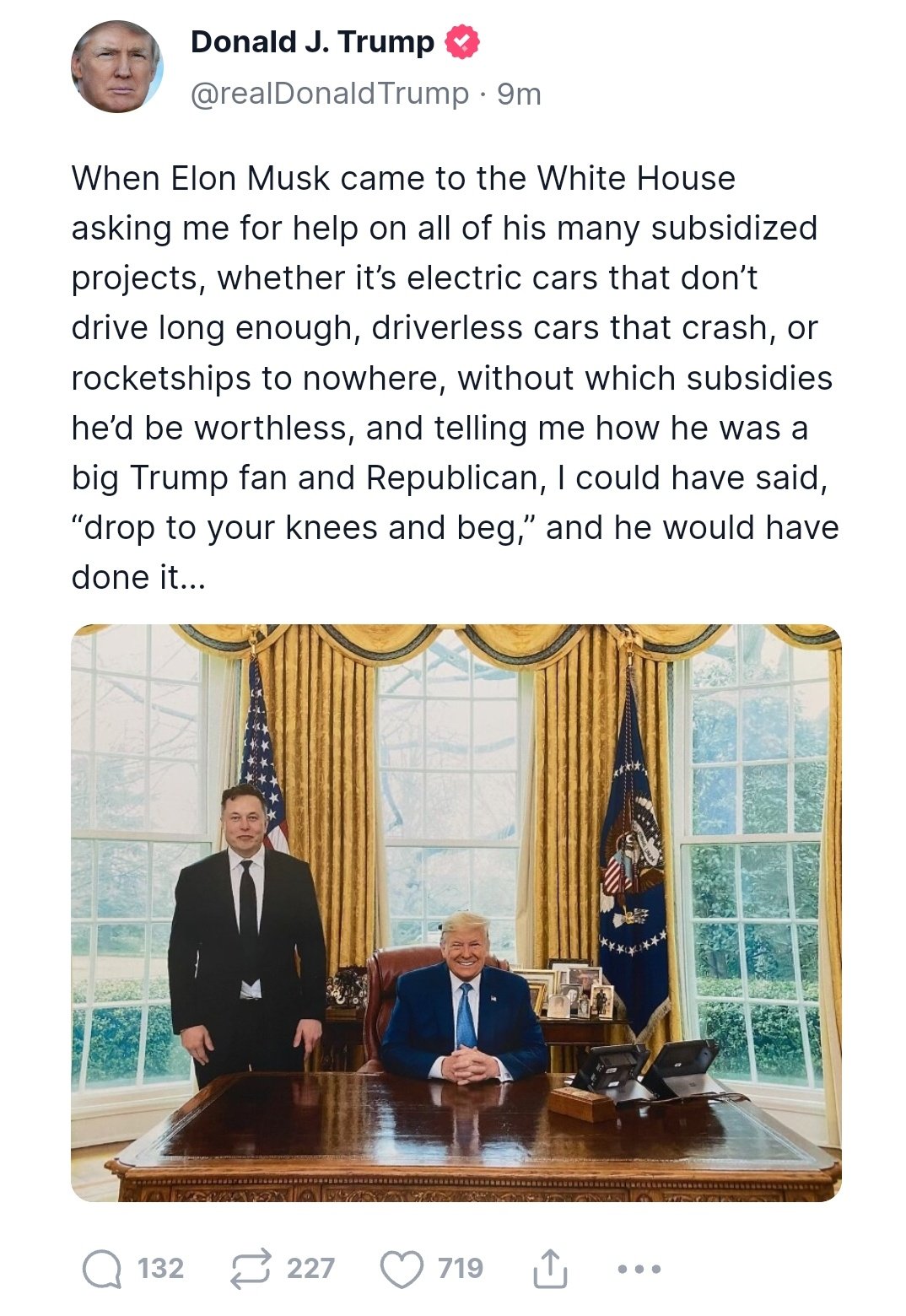 “Now Elon should focus on getting himself out of the Twitter mess because he could owe $44 billion for something that’s perhaps worthless,” Trump continued.

“P.S., Why was Elon allowed to break the $15 million stock purchase barrier on Twitter without any reporting? That is a very serious breach! Have fun Elon and @jack, go to it!” 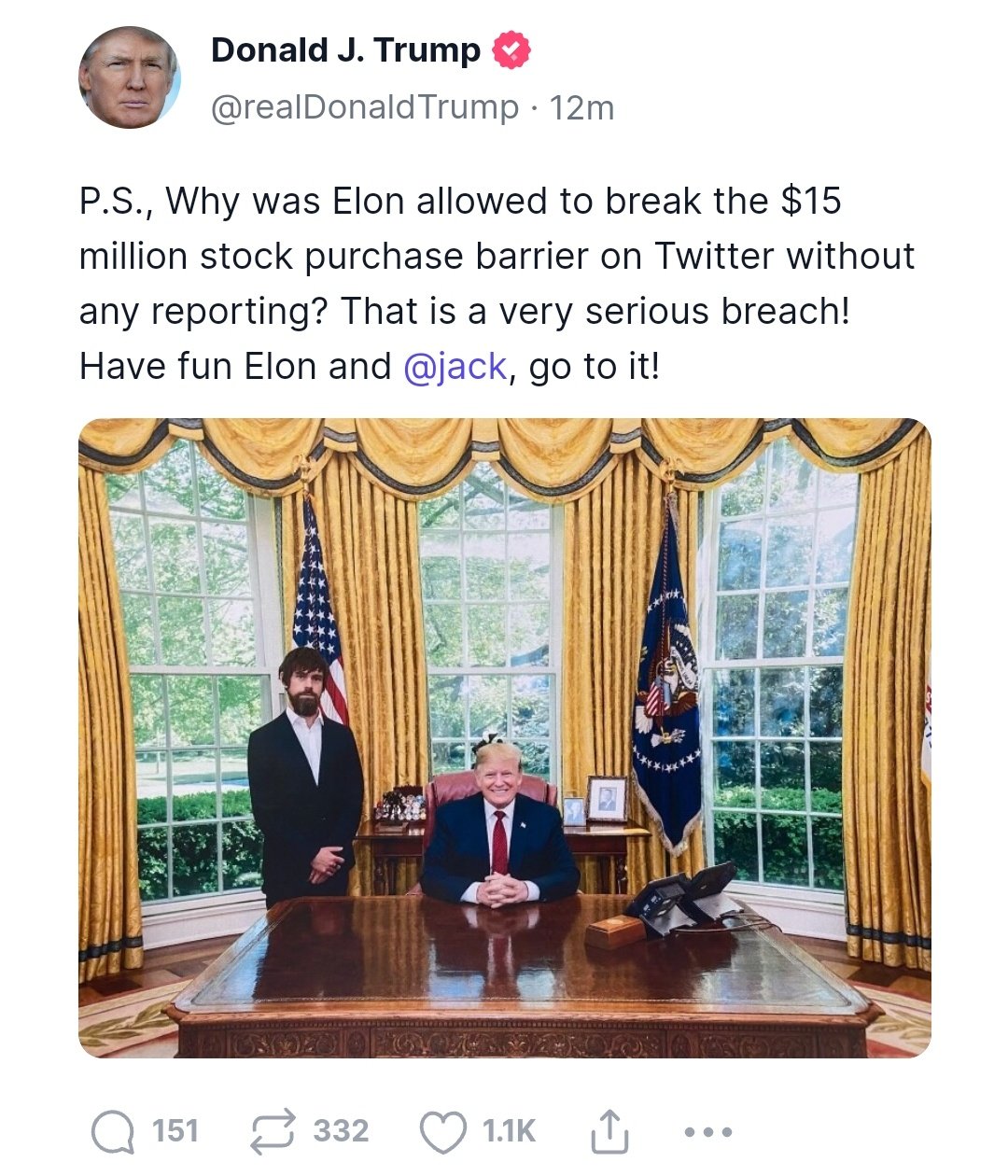 This comes on the heels of Trump calling Musk “a bullsh*t artist” at his latest rally in Alaska.

Trump revealed Musk previously told him that he voted for him in 2016.

Musk denied Trump’s claim that he told Trump he voted for him.

In a series of tweets, Musk wrote, “it’s time for Trump to hang up his hat & sail into the sunset.”

I don’t hate the man, but it’s time for Trump to hang up his hat & sail into the sunset.

Dems should also call off the attack – don’t make it so that Trump’s only way to survive is to regain the Presidency.

Musk added, “Yeah, but too much drama. Do we really want a bull in a china shop situation every single day!?”

Yeah, but too much drama. Do we really want a bull in a china shop situation every single day!?

Also, I think the legal maximum age for start of Presidential term should be 69.

Musk reiterated in his tweets that he would back Florida Governor Ron DeSantis to run against Joe Biden.

“If DeSantis runs against Biden in 2024, then DeSantis will easily win – he doesn’t even need to campaign,” Musk wrote.

Trump would be 82 at end of term, which is too old to be chief executive of anything, let alone the United States of America.

If DeSantis runs against Biden in 2024, then DeSantis will easily win – he doesn’t even need to campaign.

“While DeSantis has been talked about as a potential challenger to Trump, he has given no indication he plans to run. Polls show Trump defeating any Republican for the GOP nomination in 2024,” the New York Post wrote.

Poll of Republican primary voters. DeSantis beats Trump among those with college degrees, 32-28. But Trump wins non-college, 58-21. This is why pundits fail to see Trump’s strength. https://t.co/UZRxjiACvk https://t.co/5pOweV5fxM pic.twitter.com/rzmhzea6HS